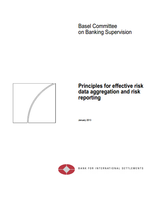 I. Is the unthinkable becoming routine?

Globally, interest rates have been extraordinarily low for an exceptionally long time, in nominal and inflation-adjusted terms, against any benchmark. Such low rates are the most remarkable symptom of a broader malaise in the global economy: the economic expansion is unbalanced, debt burdens and financial risks are still too high, productivity growth too low, and the room for manoeuvre in macroeconomic policy too limited. The unthinkable risks becoming routine and being perceived as the new normal.

Accommodative monetary policies continued to lift prices in global asset markets in the past year, while diverging expectations about Federal Reserve and ECB policies sent the dollar and the euro in opposite directions. As the dollar soared, oil prices fell sharply, reflecting a mix of expected production and consumption, attitudes to risk and financing conditions. Bond yields in advanced economies continued to fall throughout much of the period under review and bond markets entered uncharted territory as nominal bond yields fell below zero in many markets.

III. When the financial becomes real

Plummeting oil prices and a surging US dollar shaped global activity in the year under review. These large changes in key markets caught economies at different stages of their business and financial cycles. The business cycle upswing in the advanced economies continued and growth returned to several of the crisis-hit economies in the euro area. At the same time, financial downswings are bottoming out in some of the economies hardest-hit by the Great Financial Crisis. But the resource misallocations stemming from the pre-crisis financial boom continue to hold back productivity growth.

Monetary policy continued to be exceptionally accommodative, with many authorities easing or delaying tightening. For some central banks, the ultra-low policy rate environment was reinforced with large-scale asset purchase programmes. In the major advanced economies, central banks pursued significantly divergent policy trajectories, but all remained concerned about the dangers of inflation running well below inflation objectives. In most other economies, inflation rates deviated from targets, being surprisingly low for some and high for others.

The suitable design of international monetary and financial arrangements for the global economy is a long-standing issue. A key shortcoming of the existing system is that it tends to heighten the risk of financial imbalances, leading to booms and busts in credit and asset prices with serious macroeconomic consequences. These imbalances often occur simultaneously across countries, deriving strength from international spillovers of various types. The global use of the dollar and the euro allows monetary conditions to affect borrowers well beyond the respective issuing economies.

VI. Old and new risks in the financial landscape

Risks in the financial system have evolved against the backdrop of persistently low interest rates in advanced economies. Despite substantial efforts to strengthen their capital and liquidity positions, advanced economy banks still face market scepticism. As a result, they have lost some of their traditional funding advantage relative to potential customers. This adds to the challenges stemming from the gradual erosion of interest income and banks' growing exposure to interest rate risk, which could weaken their resilience in the future. More...

Overview of the economic chapters

I. Is the unthinkable becoming routine?

III. When the financial becomes real .

VI. Old and new risks in the financial landscape