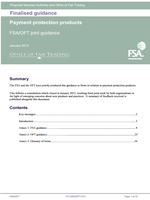 The Financial Services Authority (FSA) has published its annual report for 2011/12. The annual report is a key component of the FSA’s accountability framework. The report outlines how the FSA has performed against the priorities set out in its 2011/12 Business Plan and its statutory objectives.

This is likely to be the final annual report the FSA produces before the transition to the Prudential Regulation Authority (PRA) and the Financial Conduct Authority (FCA). This change will occur in early 2013. Until then the FSA will continue to deliver on its statutory objectives and implement the major initiatives that are already underway.

In his foreword, Adair Turner looks back over his term as FSA chairman, highlighting the FSA’s transformation in its prudential regulatory approach. He emphasises the FSA’s successful transition to an internal twin peaks model and the organisation’s commitment to a new more effective supervisory approach.

“Over the last four years, the FSA has changed radically its prudential supervisory approach, fixing the deficiencies which became clear in the financial crisis. That transformation has had to be implemented while also ensuring strong focus on major current financial stability risks.
“I am convinced that a ‘twin peaks’ model will deliver major benefits. The PRA will have a mandate to focus on prudential issues even when most people assume, as they did before the crisis, that prudential risks are low: and it will be located within the Bank of England, facilitating important synergies between macroeconomic and prudential analysis and insight. The FCA will have a dedicated focus on customer and investor protection challenges in both the retail and wholesale markets.
“Our successful transition to an internal twin peaks model and our advanced preparation for legal separation next spring wouldn’t have been possible without the hard work and commitment of our staff.”

“Central to the success of a regulator is a willingness to be transparent and accountable for its performance. Our annual report lays out clearly how we perform in relation to our objectives as set out in the Business Plan.

“Despite a challenging environment we have successfully moved to an internal twin peaks model within the FSA from April 2012, maintaining the momentum required to deliver the new regulatory structure from early 2013.

“It is critical that as we progress with regulatory reform, the FSA delivers its own regulatory objectives.  We have remained focused on maintaining a high level of supervisory activity as well as taking forward key policy initiatives to ensure the stability of firms in the system.

“In addition we made considerable progress in advancing our new proactive approach to consumer protection.”

The Annual Report reviews the FSA’s performance during 2011/12 against its five key objectives:

2. Executing a credible deterrence and enforcement approach throughout 2011/12:

Additional statistical information on the FSA’s work during 2010/11 can be found in the appendices in the report published today, together with the Enforcement Annual Performance Account which sets out details of the FSA's enforcement work.