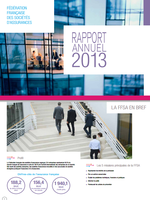 The FINRA Foundation's new survey of nearly 2,400 U.S. adults age 40 and older revealed that financial fraud solicitations are commonplace, many Americans are unable to spot fraudulent sales pitches, and older Americans (age 65 and older) are particularly vulnerable. Specific findings include:

Con artists are adept at using a variety of tactics to get their hands on consumers' money. The FINRA Foundation's survey found that 64 percent of those surveyed had been invited to an "educational" investment meeting that was likely a sales pitch. Additionally, 67 percent of respondents said they had received an email from another country offering a large amount of money in exchange for an initial deposit or fee.